You are here: Home » How big data is changing the security analytics landscape

How big data is changing the security analytics landscape

Two experts’ take on Big Data security analytics, as well as details from their working group’s research report on the subject. 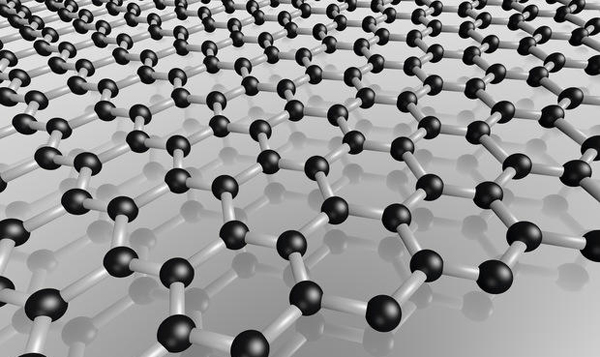 Storied, beautiful Edinburgh, Scotland hosted the EMEA Congress of the Cloud Security Alliance (CSA) in September 2013. CSA’s Big Data Working Group released its 2013 Big Data for Security Intelligence report at this gathering. The new research offering outlines “how the landscape of security analytics is changing with the introduction” of Big Data tools, as well as the differences from traditional security analytics.

“The goal of Big Data analytics for security is to obtain actionable intelligence in real time,” said Alvaro Cardenas, lead author of the report in the CSA press release. “Although Big Data analytics holds significant promise, there are a number of challenges that must be overcome to realize its true potential. We have only just begun, but are anxious to move forward in helping the industry understand its potential with new research directions in Big Data security.”

An interview with two CSA members about the Big Data report

TechRepublic recently spoke with Alvaro Cardenas and Wilco van Ginkel, co-chair of the Working Group, about the report, how Big Data is changing the security landscape, and what IT professionals need to know to stay abreast of the new approaches.

TechRepublic: What are the major goals of CSA’s Big Data Analytics subgroup?

Alvaro Cardenas: One of the goals we wanted to achieve is to understand how Big Data is different from traditional data in the tools it provides to us. Big Data is now a hot topic from a business perspective, bit it is hard for a consumer to identify what is specifically unique about Big Data. One of our main goals then was to differentiate Big Data, and then to exemplify how Big Data is helping security in ways that other technologies were not able to do previously, things we were not able to solve before.

TechRepublic: What are the differences between traditional and Big Data analytics?

Alvaro Cardenas: The differences are being driven by technology, such as the Hadoop framework and the ecosystem around it for batch processing, stream processing, processing data in motion for stream computing. These frameworks and the commoditization of the data warehouses can actually now produce a big cluster of computers, managed efficiently and cheaply. This is the way we can now approach this problem. Before only credit card companies or telephone companies were able to invest enough to have these Big Data warehouses and collect and analyze historical long-term trends and correlations. But nowadays these technologies are pretty much available to everyone interested in deploying them. So the big changes are actually being driven by the technology and also access to both software and hardware to manage these large-scale information processing tasks.

Section 3.0 of the report proposes the following evolution for data security analytics:

Finally, I think it’s the difference in technology between batch processing and streaming data. You probably need both in your systems. Streaming data is just analyzing data online without doing these historical correlations, just streaming the traffic. So this would be a tool to identify more pressing attacks that appear suddenly, whereas batch processing is better for analyzing long-term trends. So those are some of the concepts that I think are important.

Wilco van Ginkel: If I can add a little something. This is indeed a great discussion to have, but there’s one question that has to be asked first, that’s what I would do if a CISO approached me. That is: What is the concern of the CISO at the moment, and how can Big Data analytics help him or her? It’s not so much do we need to jump on the Big Data analytics bandwagon, yes or no? The question is: Why should I? So is there anything in the risk profile or the security status of the company that bothers him or her? If so, let’s talk about Big Data analytics as a potential solution. If yes, then we have the discussion. There’s a lot of talk about Big Data, but it’s in such an embryonic stage that a lot of companies, just like with cloud five years ago, jump on it without understanding why they do it in the first place, and what’s the benefit. That would be my first discussion with a CISO.

A lot of companies are just scratching the surface of Big Data analytics. They’re doing small proofs of concept. They’re trying to jump from, say, descriptive analytics, which is all about what’s happened in the past, to prescriptive analytics, what’s going to come. But it’s all very small scale — they’re just trying to get their head around it and the data. So it’s really in its infancy stages, there’s no change in the industry. It’s coming from analytical startups especially focused on security analytics. From the startup market, you see them trying to tackle security analytics from a different angle. In the enterprise market, a lot of companies are thinking about it, but don’t have a real idea about it, with a few exceptions. Again, they’re just trying to figure out if it’s really something for them and what is the value-add.